Mohammed who comes from Deir Sharaf village near Nablus where this village is characterized by its agricultural nature. Mohammed lives in a family who is consisted of 5 persons, he holds a Bachelor Degree In physical education once he graduated he started to work un continuously in Israel, On the beginning of 2015 he stopped working there because of his illegal status since he didn’t use to have a permit, and he was completely unemployed and he had an idea to establish a livestock farm, since he had an experience in raising the livestock that he had taken it from his father who worked for years and years in raising sheep and lambs, in addition to his experience  they have a big back yard so that they can consist the project there. So Mohammed went to ACAD F and asked for a loan of 10.000$, and he started his project by buying 19 sheep and the fodder to feed them. Mohammed now works officially in raising livestock, and he has a very good income about 900 $ per month and he stopped working illegally in Israel, all his family members are taking part of his project, where his siblings are taking care of the new born and his mother is producing dairy products. 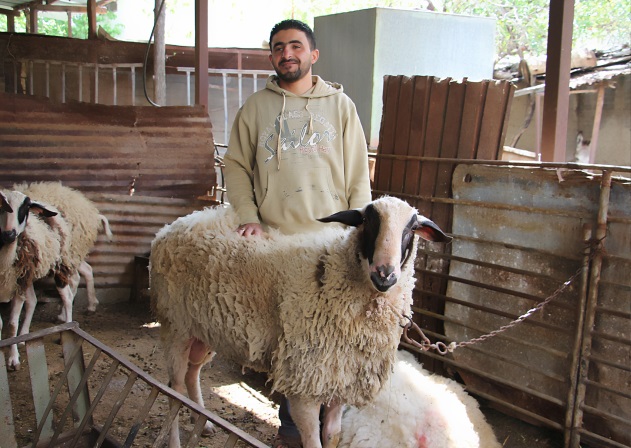