Jihad Abdel Aziz Ahmed Shahatit from Al – Kharsa - Dora Village in Hebron was born in 1986 and he suffers from a disability since his birth called “short stature.” Due to his disability, he faced social problems specially “being not accepted” in his society sometimes. In particular, this disability affected him while searching for a job since the employers believed that his short stature would make him unable to produce due to his weak physical structure, which affected Jihad’s future aspirations.

Jihad received a special training in managing micro projects, as part of a joint program implemented by the Bethlehem Arab Society for Rehabilitation (BASR) and Arab Center for Agricultural Development (ACAD). Jihad was asked to develop his own project idea and he chose the idea of birds breeding of different types where he selected the project idea based on different criteria that were developed through the training, including beneficiary experience, physical ability, competitors, market demand and other criteria.  Accordingly, Jihad was assisted in the preparation of a simplified feasibility study and he applied for a loan from ACAD Finance at the end of 2015. He obtained a loan of $4000 for 3 years at zero interest under the social responsibility program of ACAD Finance. Jihad started his project with a 12-meter shop but today, the area is 40 meters and his net income is around 2000 Nis per month. 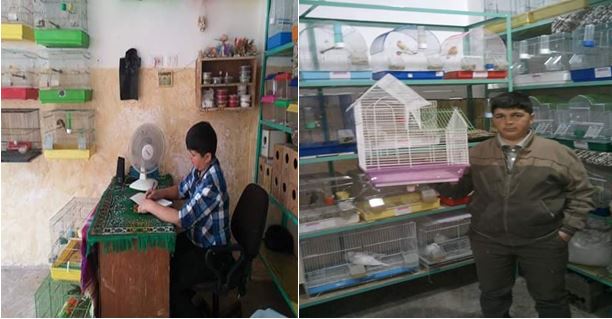